On the occasion of Maha Shivaratri, internationally acclaimed sand artist Sudarsan Pattnaik created as many as 108 Shiva Lingas on Odisha’s famed Puri beach and added another world record to his name.

The record-making sculpture has a face of Hindu god Shiva surrounded by 108 Lingas with the message “Om Namah Shivay…Pray for world peace.”

Sudarsan Pattnaik, known for his immaculate art work with sand, shares messages at Puri beach related to almost every topic across India ranging from social, political, cultural, environmental and sports.

The artist has won international awards for his innovative sand sculptures and was also honoured with the Padma Shri by the Indian government in 2014. His works depict subjects of global and cultural relevance and often aim to encourage national integrity, religious tolerance and create environmental awareness.

He also holds the Guinness world record for creating the tallest sand castle. 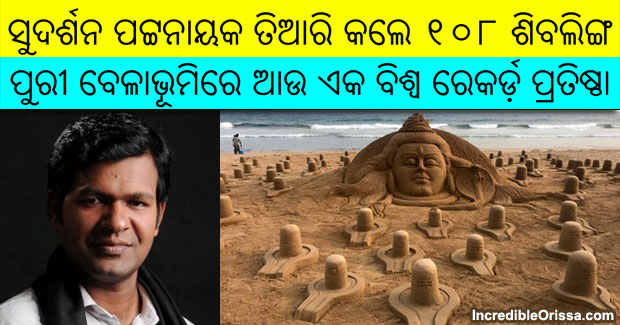