From 1891 to 2018, the numbers of cyclones, Severe Cyclones and Super Cyclones that crossed the Odisha coast were 98, which is the highest in all the east coast States. As per the report, while Odisha faced 98 cyclones, West Bengal faced 69 and Andhra Pradesh 79.

While the east coast of India is one of the most cyclone-prone areas in the world, Odisha is twice as vulnerable as compared to the other eastern States. During the last decade, Odisha faced one or other forms of disasters like cyclone, flood, tornado or drought every year.

While Odisha had the first impact of a Super Cyclone way back on October 7-12, 1737, another Super Cyclone crossed the State’s coast at the False Point on September 22, 1885 and took a toll of 5,000 lives.

The State faced its first Very Severe Cyclone on October 31, 1831 which crossed the coast near Baleswar and the loss of life was a whopping 50,000.

Odisha faced another devastating Super Cyclone on October29-31, 1999 which crossed near Paradip on October 29, killing of over 10,000 people.

The latest was Titli, another Very Severe Cyclone, that crossed near Palasa in Andhra Pradesh on October 11, having serious impact on Ganjam, Gajapati, Rayagada and Kandhamal districts.

As per the Wind and Cyclone Hard Zones Map of Odisha, out of the State’s 30 districts, 14 are categorised as ‘High Damage Risk Zones’, either fully or partially, said a senior officer in the State Government.

The latest report of the State Government on ‘Vulnerability to Cyclone’ reveals that while Odisha is only 17 per cent of the Indian east coast, it has been affected by nearly 35 per cent of all cyclone and Severe Cyclones that have crossed the east coast. 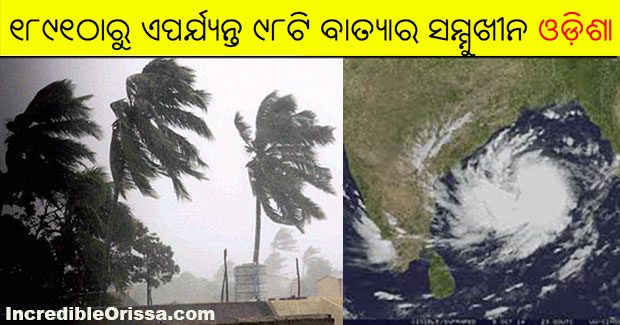