Ever since Bhubaneswar was accorded the smart city tag, Germany has shown keenness to provide technical assistance for smart city development here.

German Ambassador to India Dr Martin Ney held a meeting with the Housing and Urban Development Minister Pushpendra Singhdeo on Friday. The Bhubaneswar Smart City Limited (BSCL) gave a proposal of Euro 140 million (Rs 1046 crore) to him for developing a smart city here.

The Germans have a close relation with Bhubaneswar as renowned German architect and town planner Otto Konigsberger designed the city in 1946. After the city was accorded the smartest city status in the country, Germans have again been attracted to designing the city.

A presentation was made to the German delegation on the possible areas of cooperation in the Bhubaneswar city. The proposals include development of complete streets at a cost of 106 million Euros, public bicycle sharing project worth 2.4 million Euros, e-rickshaw project, modernisation of City Bus system at a cost of 32 million Euros. The total estimated cost of all the projects will be over 140 million Euros (Rs 1046 crore).

Talking to mediapersons after the high-level meeting, Dr Ney said Bhubaneswar showed the spirit to promote non-motorised transport, which is one of the objectives of smart city mission.

“Bhubaneswar looks forward to German technologies and expertise in the fields of public transport, street designing and sustainable initiatives like e-rickshaws and public bike sharing,” Mayor AN Jena said. 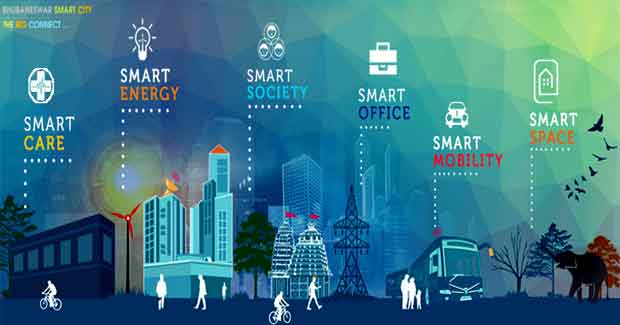