Google has tied up with Archaeological Survey of India (ASI) for 360 degree virtual tour of three monuments in Odisha.

Speaking about the development, Sanket Gupta, Program Manager for Google Maps told reporters, “We have a tie-up with ASI for 360 degrees virtual tour of 280 monuments across the country of which 3 are in Odisha.” Gupta added that the virtual tours will be available in Google Maps.

The famous monuments of Odisha that will be covered by Google 360 degree virtual tour are – Konark Sun temple, Rajarani Temple, Udayagiri and Khandagiri Caves.

Gupta said Google has launched an array of products in India like offline view of maps, live traffic alerts and inclusion of unknown places on the maps by local guides. Gupta said one billion people across the globe were using Google maps and India was amongst the top five.

When asked about Google Street View, Gupta stated that some work needed to be done to convince the authorities to grant Google the permission to bring street view to India. “In India we are trying to work with the state and central levels for allowing Street View,” said Gupta.

Google Street View is a technology featured in Google Maps and Google Earth that uses 360-degree street level panoramic images to provide panoramic views of places all around the world. Users can thus take virtual tours of places that they have never been to. 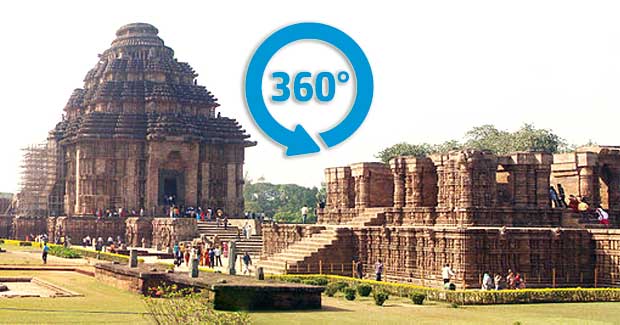