The people of Odisha will be able to watch live matches of the upcoming Odisha Men’s Hockey World Cup 2018 on LCD screens in all the assembly constituencies.

The people living in villages will now enjoy the Hockey World Cup 2018 as Chief Minister Naveen Patnaik has directed all the legislators to make arrangement for LCD screens through Biju Yuva Vahini.

In view of the huge sale of tickets for the hockey matches, Chief Minister Naveen Patnaik directed all the legislators to make arrangement for their constituency people to watch the matches live on LCD screens.

Funds have been allocated to ensure the order is complied with. The Sports & Youth Services Ministry will monitor it. In addition, LED screens will be installed in Bhubaneswar, Cuttack and other major towns and cities so that people who don’t get tickets, can watch the match LIVE.

As the Hockey World Cup is scheduled to take place from November 28 to December 16, Argentina team has reached Bhubaneswar today to take part in the mega event. 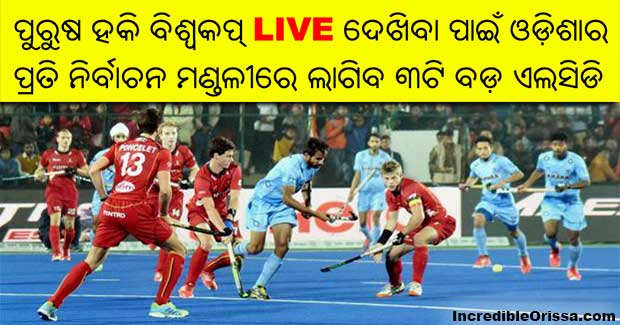