Sudarsan has participated in more than 50 international championships and festivals and won many prizes for the country.

He tries to give social messages through his sculptures.

He has also received the fourth highest civilian award Padma Shri in 2014.

Sudarsan Pattnaik recently won People’s Choice Award for his sand sculpture made during an international championship in Russia.

The art ‘Mahatma Gandhi – World Peace’ was created in Moscow in April this year. 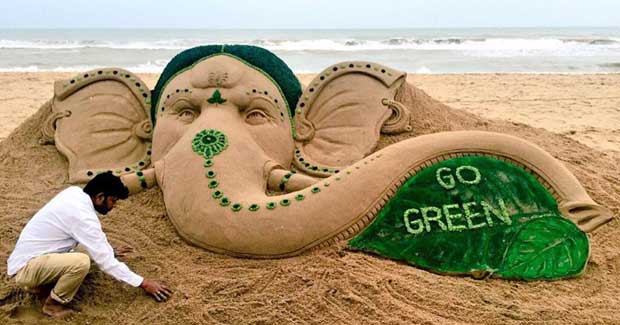