From next year, no Odia Jatra party will stage play in the State of Odisha. The Jatra Party Owners led by Association President Soumya Ranjan Patnaik, announced shutting down of Jatra shows from next year.

Jatra, the most popular form of Odia folk theatre that has been the mainstay for entertainment in rural and also in urban areas in the State for long, is in the throes of an existential crisis due to the financial loss incurred by the troupe owners.

While Odisha Minister and owner of Kalinga Gananatya Jatra Troupe, Pradeep Maharathy supported the decision, he also added they are ready to discuss the matter with government if there is a favourable response. “We may continue if the Govt supports us,” he added.

The move is seen as a strategy to incite passion and emotion and persuade the government to assist the Jatra troupes. The government won’t hesitate to fish in the troubled waters and step in with help to get maximum mileage on this matter.

WATCH: Akshay Kumar fans from Odisha made this ‘Padman’ trailer 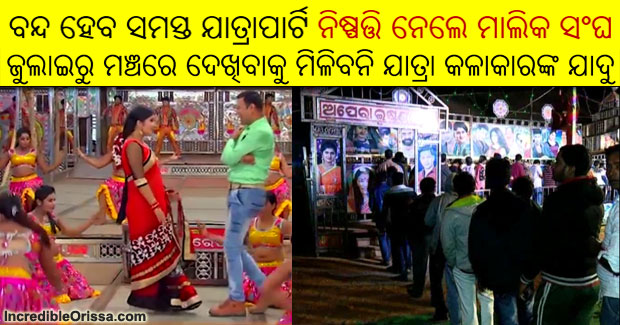