Mahaprasad – the cooked delicacy offered to deities – is among six types of Bhog Prasads that are being depicted through postage stamps. The others are – Modak, Chhappan Bhog, Peda, Sandesh and Tirupati Ladoo.

Prime Minister Narendra Modi, on November 3, released a set of 24 commemorative stamps and Miniature Sheets on Indian Cuisines, at the inauguration ceremony of the World Food India 2017, in New Delhi.

The stamp is available at post offices at Rs 5. Notably, Mahaprasad is the term applied to items offered to Lord Jagannath in the 12th century shrine in Puri. 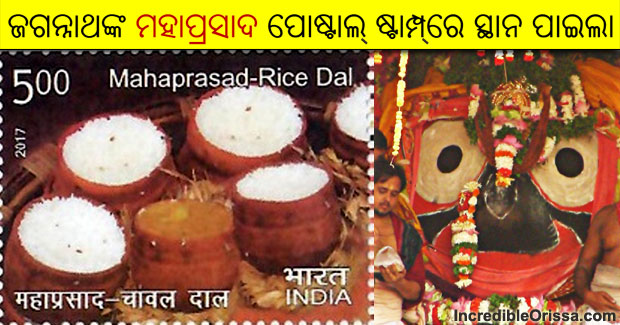