The Bhubaneswar Smart City Limited is going to launch an ambitious Mo E-Rides programme with an aim to promote electric vehicles in the Odisha capital soon.

Under the programme, the Capital Region Urban Transport (Crut) officials will provide support to the three and four-wheeler riders along with bikers to adopt the environment-friendly electric vehicle system in the smart city Bhubaneswar.

The modalities for the E-Rides programme are being developed and it will be introduced in the next four to five months. A pilot project for the three-wheeler riders will be taken up first to see the reaction and adaptation approach of the people. The system will be extended depending on the success,” said Crut managing director Krishan Kumar.

He said under the smart city mission, they are working on the City E-Vehicle Policy that would encourage non-motorised transport. “We are in the process of coming up with easy schemes for people to go for e-vehicles. The present one will be branded under the name Mo E-Rides just like Mo Bus and Mo Cycle,” said Kumar.

The smart city officials along with the Crut has revamped the urban mobility scenario of the city in the past four months with introduction of technology-driven Mo Bus and Mo Cycle services. The Mo E-Rides, according to experts, will be another addition. 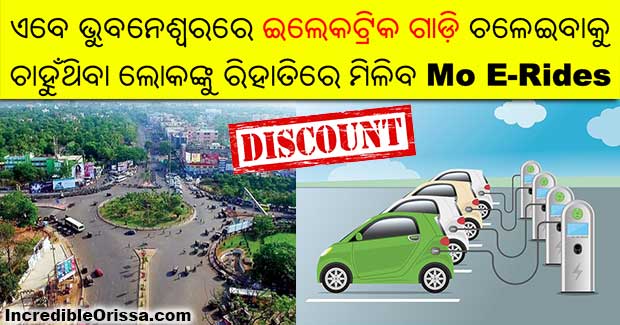