Under National Mission for Manuscripts, Odia ranks second in number of ancient manuscripts documented among all other Indian languages.

In the last leg of its tenure, nearly 41 lakh ancient manuscripts written on palm leaves, bark, metal, cloth and even paper (at least 75 years old) have been documented as of March 2016.

Tibetan scripts have outnumbered those in all other languages barring three – Sanskrit, Odia and Hindi. Incidentally, Tibetan isn’t even a language like Arabic or Persian which was popularized by kingdoms which reigned over Delhi. 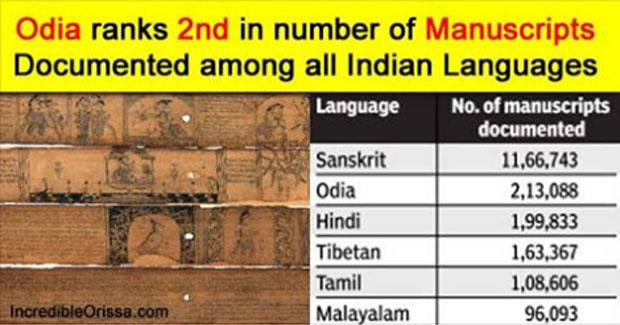