Soon, Odisha would boast off with the distinction of having India’s first animal blood bank for cattle.

Blood transfusion facility for animals would come as a boon for the bovines as many die during deliveries and other ailments. The storage facility would come in handy for the veterinarians to save lives of the domesticated animals.

The one-of-its-kind blood bank would come up at Orissa University of Agriculture and Technology (OUAT) where the centre would be set up at an estimated cost of Rs 3.5 crore under centreally sponsored scheme Rashtriya Krishi Vikas Yojana (RKVY).

At a function in OUAT, VC Surendra Nath Pasupalak said the institution had earlier submitted a proposal for the blood bank under the National Agriculture Development Programme (NADP). After getting the go ahead from NADP, OUAT is now awaiting approval from the State government for the ambitious project, he added.

“The blood bank will be established in the Teaching veterinary clinical complex of OUAT. The project, which is to come up at an estimated cost of Rs 3,25,000,00, will have a 60:40 sharing between the Centre and the State government,” said the VC. 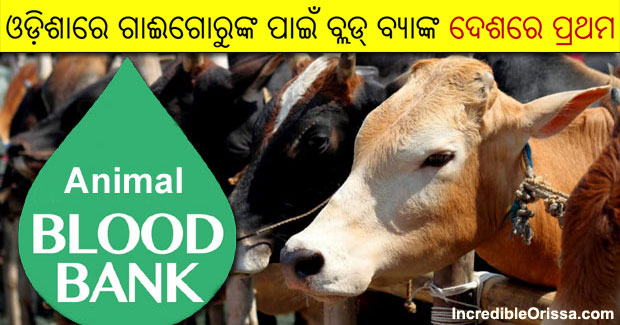