Interestingly, Divya Khosla Kumar had featured in the original version of the romantic track, which revolved around a love triangle between the actress and her love interests. However, the reprised version, which was released online yesterday, features a totally different storyline. 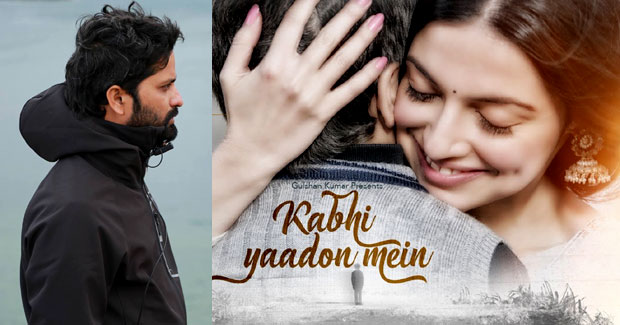 Ashish Panda has worked in many Bollywood films as an assistant director. He has assisted Divya in Yaariyan and Sanam Re. Now he got a chance to direct a T-Series music video featuring Divya Khosla Kumar.

Kabhi Yaadon Mein, recreated by Abhijit Vaghani, has been rendered by Palak Muchhal and Arijit Singh. In just 12 hours, the song has got 1.5 million views.

The song struck a chord in everyone’s hearts back then and will do the same this time, too. Rakesh Roshan had seen the reprised version and was all praises for it, so T-Series decided to launch a two-minute version of the song along with ‘Kaabil’.