The Odisha government aims to create over 40000 jobs in IT and ITES (IT enabled service) sectors in next four years, said IT minister Pranab Prakash Das on Saturday.

The IT department decided that steps would be taken to create job opportunities for nearly 5000 to 10000 youths in the rural areas through business process outsourcing.

“The STPI centres will come up in places such as Angul, Samabalpur, Jaypur, Jajpur, Rayagada and Bhawanipatna,” an official said, adding that a road map would be created to provide electronics-enabled service delivery in the next three years.

A decision to this effect was taken at a meeting chaired by chief minister Naveen Patnaik at the state secretariat.

Software majors Infosys and Tech Mahindra have engaged 3000 professionals in their Bhubaneswar units, giving a boost to job avenues in IT and ITES sectors, revealed the meeting.

“To make graduates passing out of engineering colleges more employable through skill enhancement, the government would focus on establishing more finishing schools in collaboration with the private sector,” said IT secretary P K Jena.

It was also decided to make the Capital City Bhubaneswar Wi-Fi enabled within a year besides formulating an IT procurement policy.

IT minister Pranab Prakash Das said: “To promote e-governance and electronic system design and manufacturing, the IT department will be christened as the electronics and IT department. The proposal will be placed before the state cabinet shortly.” 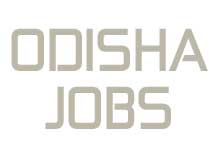 Under its ambitious project to make IT people friendly, the state government also decided to provide broadband connection to all the panchayats of the state in the next three years.