The number of voters in Odisha has increased to 3.18 crore after the addition of 5.84 lakh new electors, according to the final electoral roll released on Monday.

The number of booths in the state has gone up to 37,606 after rationalisation. Total 3,18,00,787 voters have been included in the list with the addition of new 5,48,454 new voters for the Assembly and Lok Sabha elections this year, he said in a press conference.

The CEO said the Electoral Registration Officers (ERO) had identified 9,02,792 Demographically Similar Entries after analysis of the database of the ERONET, a software that links all the EROs of the country. Out of these, 2,97,323 electors were noticed as doubtful.

For the first time, special provisions are being made for 1,90,037 voters with disabilities so that they could exercise their franchise. 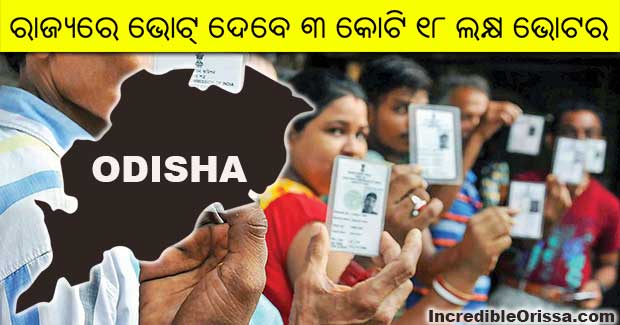