Jayanti bagged the gold each in the women T-47 category 100 and 200 metre events clocking 12.09 and 26.05 seconds respectively. The ace para athlete has also entered the 400 metre final and is likely to get another medal for the state.

She had won three gold medals in the 100, 200 and 400 metre events while participating in the last two editions of National Para-Athletic Meets.

Pankaj will also participate in the high jump event today. He had clinched a silver medal in the 100 metre running event on Monday.

Another Odia athlete Debamruta Sahoo finished fourth in the 1500 metre race of the T-37 section. . 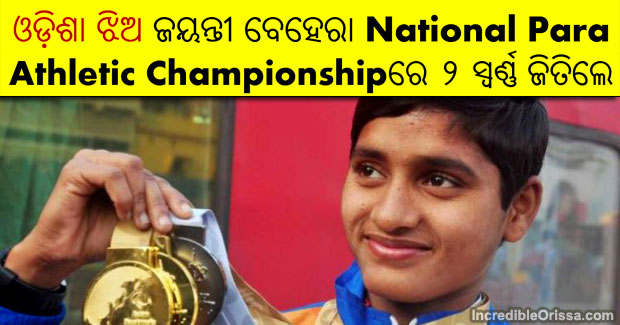