Badmul, a remote village nestled in Odisha’s famed Satkosia forest reserve, raked in Rs 1.3 crore from eco-tourism, bolstered by 3000 visitors, 20 per cent of whom were foreign tourists from Germany, France and Britain.

An eco-tourism project launched there by the state government in 2016 and driven by community participation, has turned the village into the highest revenue grosser when compared to other community-based projects in the country.

“This is the highest ever earning recorded by a village in the country from any community-based project. Odisha’s eco-tourism model stands out because 90 per cent of the revenue is ploughed back to the local community. By offering them a sustainable livelihood option and empowering them, we have made a big success out of the eco-tourism projects,” said Anshu Pragyan Das, divisional forest officer (wildlife division) and deputy conservator of forests (eco-tourism), Odisha forest department.

Odisha has 40 community-managed nature camps. In this financial year, the state government has already earned Rs 5.6 crore from eco-tourism projects, offering employment to around 1000 villagers dependent on forests. 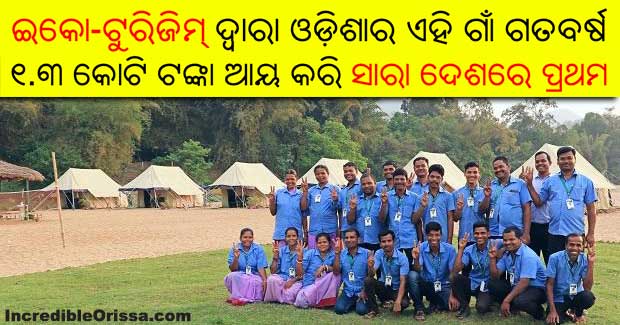