Odisha Chief Minister Naveen Patnaik announced cash prize of Rs 1 crore each for the four players from the state in Indian Women’s Hockey team which bagged a silver medal in Asian Games 2018 in Indonesia.

The four players from Odisha in the team, which played in the final of Asian Games after a gap of 20 years, are Sunita Lakra, Namita Toppo, Nilima Minz and Deep Grace Ekka, the official said.

As per the revised policy, the coach will get an award equivalent to twenty percent of the reward of the Asian Games medal winners.

Earlier this year, the Odisha government had announced to sponsor the Indian hockey teams (men and women) for the next five years.

Odisha is the sponsor of the Indian national hockey team. The state is the host of the World Men’s Hockey Cup, 2018 scheduled to be held in November-December. 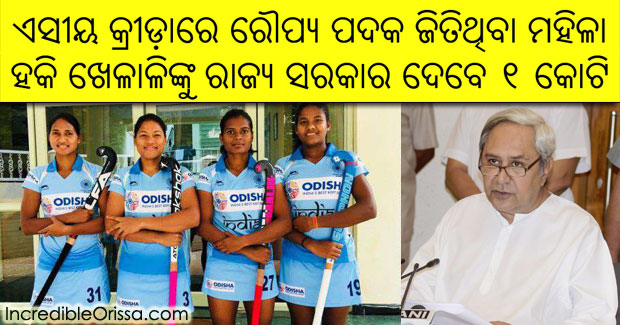