Story – Boogie (Sabyasachi) falls in love with Nisha (Archita) when he sees her for the first time in a marriage. He tried to woo her and finally succeeded. Both got married accidentally then. 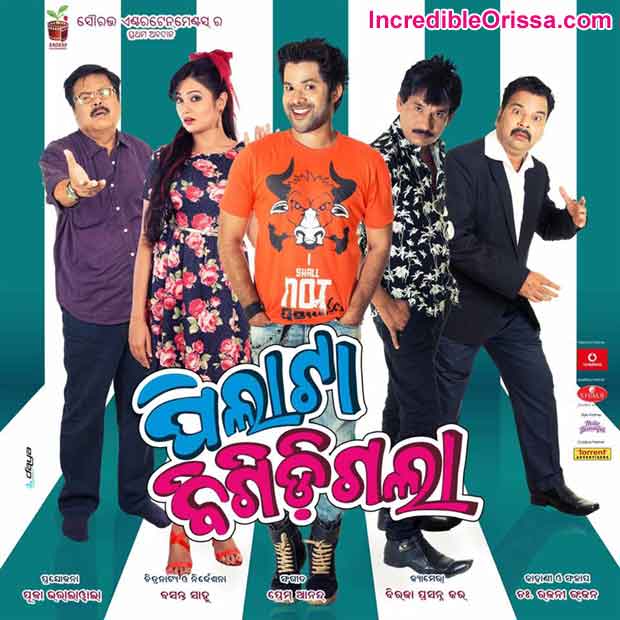 Now Boogie was in tension. Because his father advocate Chaturbhuja Mohanty (Bijay Mohanty) is a very strict person. So he told Nisha to find a rented house for them. She saw a newspaper advertisement and finalised the house and rent with the house owner. Accidentally that was Boogie’s own house.

After some days, Twitter got married to his girlfriend Mithi. But due to some unavoidable situation, Mithi stayed in Boogie’s house as his wife. What happened after that? To know, you have to watch the film.

Performances – Sabyasachi portrays his part well. His sequences with Papu Pom Pom are truly fantastic. But the show-stopper is undoubtedly Papu, whose comic timing is only getting better. He plays to the gallery completely and delivers a sparkling performance.

Archita is sweet, while Lipsa doesn’t get much scope. Amongst supporting actors, Bijay Mohanty and Jeevan Panda are in terrific form. Kuna Tripathy, Biren Mishra and Banku lend credible support.

Some films are made with the motive of keeping you entertained. Pilata Bigidigala is one of those films. Go, have a blast this Independence Day!

3 Comments
Improve your male potency and fight back the premature ejaculation. With the help of tadalis-reviews.com you will have your healthy sexual life back in no time. Order it with Priligy online and forget about premature ejaculation once and for all.
Copyright © 2020 Incredible Orissa.
error: Content is protected !!