After tremors of earthquake that struck Nepal shook several parts of Odisha on Saturday, people started to ask about any future possibility of Earthquake in Odisha.

Odisha is less vulnerable to quakes being located in seismic zone III and II, which means it’s in the moderate risk zone, but one cannot completely rule out a quake, said geologists.

“Odisha has witnessed earthquakes in the past. Though seismic zone II and III are under moderate and low risk, the Mahanadi basin can be vulnerable as it is not a passive plate and can cause earthquakes. Of course, earthquakes of magnitude 7 on the Richter scale are quite unlikely, but we cannot rule out tremors of magnitude 6 to 6.5 on the Richter scale,” said Nachiketa Das, professor of Geology at Ravenshaw University. 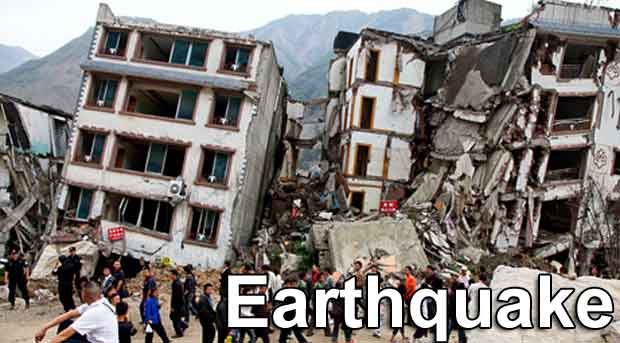 “There are several signs that increase earthquake vulnerability in Odisha. For example, in Similipal, solid igneous lava was found, which indicated a volcano being in a dormant stage. Similarly, several hot springs also give indication of faults that are spread deep in the earth’s surface in the state. Besides, the pressure of mining belt and water reservoirs has an effect on the seismicity,” said Shreerup Goswami, reader in Geology in Ravenshaw University.

“We cannot predetermine a seismic zone. It changes with time. In view of this, we cannot rule out major earthquakes in Odisha. As Odisha is not far off from the Bay of Bengal, Andaman and Nicobar Islands, Java and Sumatra and it lie in the seismic zone from north east, a high intensity quake or Tsunami can have its devastating impact in our state too,” said Dr Devananda Beura, lecturer in Dept of Geology in Utkal University.

“We are in a comparatively safer position in terms of earthquake vulnerability than other parts of India. The North Indian plate that is moving causes tremors in India. Earthquake prediction being very difficult, it causes severe damage to life and property. So as a preparedness measure, we must make earthquake-resistant constructions,” said Madhumita Dash, professor of Geology department in Utkal University.

In Odisha, there are 43 urban centres that come under earthquake risk zone-III of which nine class-I towns, including Bhubaneswar, Cuttack, Puri, Sambalpur and Balasore, are located in zone-III. Besides, important industrial centres like Angul, Talcher and Paradeep also come within the same zone.

The India Meteorological Department has decided to set up two V-satellite based earthquake observation centres at Kolnara block of Rayagada district and Lakhanpur block of Jharsuguda district apart from one in Bhubaneswar. “Construction of these two centres are going on and they will start functioning soon,” said director of the Bhubaneswar Met Centre S C Sahu.