Sri Jagannath Temple Administration (SJTA) on Tuesday rescheduled the daily rituals of the Trinity at the 12th century shrine to facilitate hassle-free darshan by devotees on New Year Day.

Mohapatra said the ‘Pahili Bhog’ ritual would begin from December 16 and end on January 13. During this period, the temple gates would be closed early in the evening to be opened by midnight. In this ritual, the deities are offered sweets and different types of cakes prepared from newly harvested crops.

The chief administrator said in order to fix the price of Mahaprasad items, dishes were prepared by cooks to ascertain the exact cost of ingredients. It was decided to include 20 per cent profit to the rates which would be displayed at Anand Bazar in the temple complex.

“This is a part of reformation being carried out in Anand Bazar as lots of complains of overcharging by the temple cooks were received by the administration,” he said. Mohapatra said counters are being constructed and all unauthorised vendors would soon be evicted from Anand Bazar. 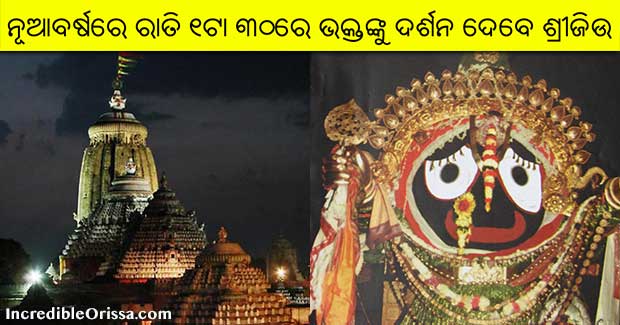 Home > Odia News > Gates of Puri Jagannath Temple to open at 1.30 am on New Year day