Odisha, which boasted of more than 300 single-screen theatres before the 1999 cyclone, now has less than 140. Many more are on the verge of closure. And all this, when the state’s film industry is struggling for survival.

For a few years after the super cyclone, film production almost dried up and this paralysed several rural and semi-urban cinemas. Even though the production rate for films climbed in successive years, the screening infrastructure continues to be in bad shape.

From Sri Sitaram Vilas Talkies and Lingaraj Talkies in Ganjam to Rajtarangiri, Durga, Devi in Cuttack and Kalpana Talkies in Bhubaneswar, several cinemas have downed shutters.

“A theatre get a share of the profits a film makes. A theatre cannot survive without regular film releases. When there is a single release after a long gap, desperation forces theatre owners to give to distributors’ demands and incur losses. And when this condition persists, accumulated losses force owners to shut theatres down,” said owner of a multiplex in Cuttack.

Odia films, which are mostly south remakes, are getting fewer takers these days. Even the original films do not have storylines strong enough to increase footfall in theatres. As a result, local films are fast attaining the status of fillers between Hindi movies.

Earlier, watching a film at a theatre was compulsion, now it is optional. With satellite screening, people can watch latest movies on their TV sets by paying a nominal fee.

Film critic Surya Deo said remaking Hindi and South Indian films have driven the Odia middle class away from cinemas as they can hardly relate to such movies. 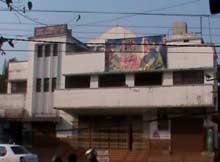 Many theatres in Odisha do not have proper toilets and the seats are also uncomfortable. This eats into the footfall.

When it comes to a complete viewing experience, multiplexes are unbeatable. Not only are the scoustics and projection quality better, even the seats are more comfortable. So it is not surprising that most movie-goers are choosing multiplexes over single-screen theatres.