The much-awaited sand art park in Puri may soon become a reality as the state government earmarked nearly half an acre land on the beach for the proposed project.

Sand sculptor Sudarsan Pattnaik, a resident of Puri, will manage the proposed park. The State administration has zeroed in on the river mouth at Banki Muhana to develop a first-ever sand art park of the country.

A team of officials led by Tourism Principal Secretary Mona Sharma surveyed the site and discussed modalities of the proposed park on Tuesday. District Collector Arvind Agarwal provided the details to the team.

Odisha has acquired a unique distinction in the field of sand art. The State Government has decided to initiate measures to popularise the art on a larger scale, Sharma said. The park site would have facilities like a multilayer parking to accommodate the visitors’ vehicles, she said.

In 2010-11, the government had announced creation of a sand art park in Puri after Pattnaik’s achievements gave a new identity to the art form in the country and abroad.

Though the state government had in 2011 allotted about half acre land to Pattnaik near the Sri Jagannath Sanskrit University, Puri, for the sand art park, he returned the land as the site was located far from the beach. 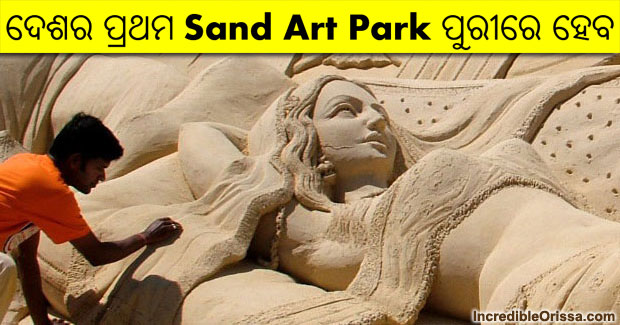