Shocking as it may be for all those Satyajeet Jena fans, the little wonder from Odisha quits Zee Sa Re Ga Ma Pa Lil Champs show on Saturday episode.

As per voting Satyajit Jena stands first with the highest number of votes, second comes Yumna Ajin and Adnan Hussain comes third. Now for the worst part of the show the elimination.

Dhroon and Riya stand on the stage with the least number of votes but at that moment Satyajit’s father stands asking for permission to quit the show as Satyajit’s voice is changing and his father wants him to take rest also later wants to join for the Sa Re Ga Ma Pa for the elders.

Neha Kakkar asks Satyajeet for ‘Mile Ho Tum Humko’ song which he sang during the audition. He takes the stage and wraps up everyone with a lot of emotions as his journey is flashed across the screen. Neha joins him on stage as she sings with him and the entire audience is left in tears.

Satyajeet’s leaving the show has been heart breaking for all his fans and followers here in Odisha. ”There is no reason to watch the show anymore as the best singer has left the show. Am sure all over India many of his fans would feel the same way,” said one of Satyajeet’s self proclaimed fans. 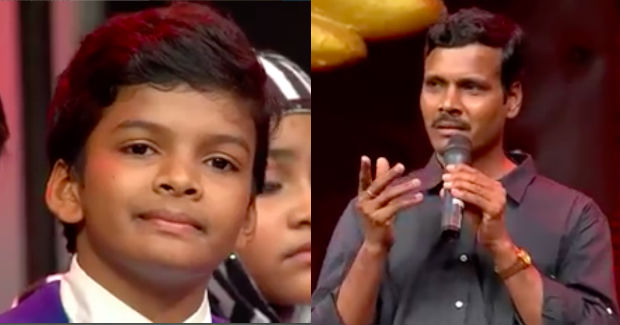