Sand artist Sudarsan Pattnaik created a sand sculpture of late APJ Abdul Kalam to pay tribute to the people’s President and renowned scientist with a message “tribute to a common man, missile man, Bharat Ratna”, at Puri beach of Odisha on Tuesday.

“Though I have been creating sand art since last 25 years, I got national recognition only after meeting Dr Kalam in Rashtrapati Bhawan on August 22, 2005. I was thrilled as several national newspapers carried my photograph with the great President the next day,” said Sudarsan. 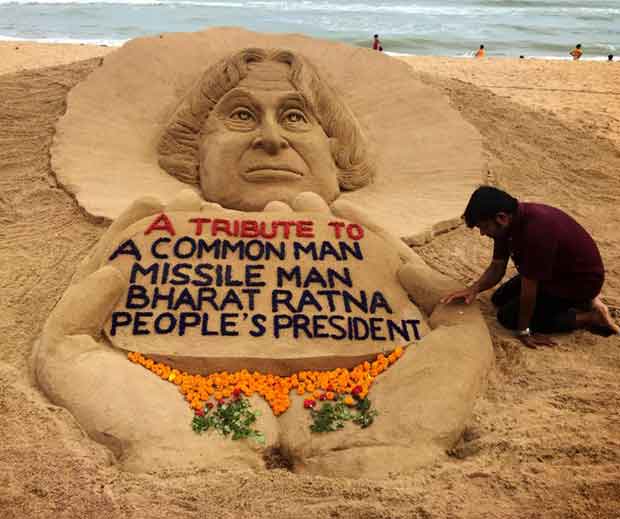 Odisha government paid rich tribute to APJ Abdul Kalam at a condolence meeting at the state secretariat where Chief Minister Naveen Patnaik, Chief Secretary G C Pati and others mourned the passing away of the former President.