2000-batch Odia IPS officer Swayam Prakash Pani is the new IG of Kashmir. He takes over the baton from Muneer Khan who recently got promoted to ADG.

Swayam Prakash Pani, a native of Odisha, has broken the cycle of recent IG Kashmir who has all been residents of Jammu and Kashmir. Before his posting as DIG South Kashmir, Pani has spent years in NIA where he was part of a team which questioned David Coleman Headley in 2010. He also worked in IB briefly. He is the youngest to be appointed IG, Kashmir range, officials said.

Khan has had a successful run as IG Kashmir while Pani held fort in the most volatile region of South Kashmir. He took charge when things were down hill and is known to single-handedly have turned things around. He is also said to be the operational man behind encounters in South Kashmir resulting in killings of top terrorist commanders. He is also said to be the man who seamlessly worked, synchronizing between Army, CRPF and J-K Police.

A senior IPS officer from the cadre told India today that “Swayam was a unanimous choice of officers and government. An honest man whose integrity is beyond doubt.”

While Swayam Prakash Pani has contributed to writing columns in leading newspapers, he is also known to be media shy. He is the batchmate of D Roopa Moudgil, whistleblower cop of Karnaraka. 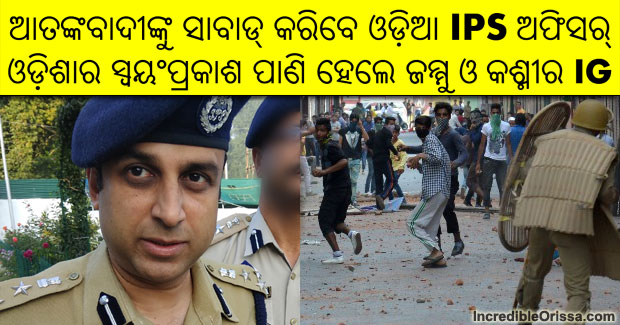