The trailer of Nila Madhab Panda’s social drama “Kadvi Hawa” released. This film is based on the true stories from drought-prone Bundelkhand region and the vanishing villages from coastal Odisha.

Kadvi Hawa, though very vocal and direct about the issue, addresses climate change through the prism of its leading characters played by Sanjay Mishra and Ranvir Shorey. Mishra plays a blind man who lives in a desert of India. On the other hand, Shorey originally hails from Odisha.

As Mishra points out that Shorey is lucky that his state is close to a water body, Shorey responds by saying that the water is in excess. He probably refers to the 1999 Odisha Cyclone that wreaked a havoc in the state. This exchange brings to fore the disparities that have emerged as a result of climate change. While one area is scorching and lacks water resources, the other is in mess as a result of floods.

Nila Madhab Panda, the director of Kadvi Hawa says “We have tried to make the film as eco-friendly as possible, as we all have a responsibility towards this planet. Let us spread the message of the sense of urgency that climate change is real, even though some leaders of the free world think it is a hoax!”

Kadwi Hawa is produced by Manish Mundra’s Drishyam Films. It is slated to release on 24 November, along with Suresh Triveni’s slice-of-life entertainer Tumhari Sulu and Rajiv Dhingra’s comedy drama Firangi. 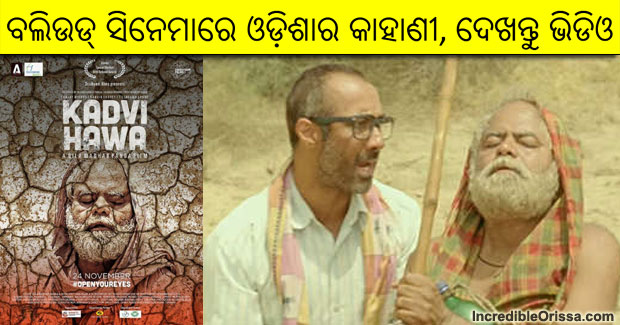