Gajbhiye was on Monday summoned by the Odisha Vigilance Directorate at Cuttack to enquire into his alleged sprawling lands purchased in his wife’s name under Gop Tehsil in Puri district.

A team from the Odisha Vigilance Directorate reportedly visited the spot and scanned the official records at the Gop Tehsil on Monday.

Gajbhiye reached the Vigilance headquarters here with a stack of papers shortly after 5 pm and was closeted with sleuths of the agency till about 7 pm.

Gajbhiye had entered the Vigilance Directorate campus in a Bolero car, but left through the back gate on a bike in a bid to skirt the hawk eyes of media men who stayed put there the whole day.

Gajbhiye’s ‘sprawling Gop lands’ were exposed by media in sequel to the exclusive ‘Sarathi’ expose with documentary evidences and bytes of the locals and land losers.

He was questioned by an IG level officer of the agency about the land he has acquired in Badakiapal mouza in Gop block, the source of his the money for the purchase and whether necessary formalities had been complied with while buying the land, at least some of which is said to belong to scheduled caste people, vigilance sources said.

Gajbhiye’s wife Ranjana, in whose name the land had been purchased, could also be summoned for questioning soon, the sources added.

On the other hand, a 15-member team of the Odisha BJP unit led by its president K.V. Singhdeo, senior party leader Bijay Mahapatra and Pravati Parida among others also visited the disputed spot on Monday where suspended IPS officer Satish Gajbhiye’s wife has allegedly owned over 70 acres of land.

The team reportedly interacted with the locals and land sellers as well as the Tehsil authorities. 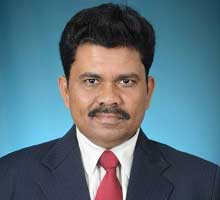 Ever since police brutality was reported in Kendrapara during protests demanding arrest of controversial godman Sarathi Baba alias Santosh Raula for his social misconduct and association with a woman, Gajbhiye was in the eye of the storm for his alleged links with Baba.

Notably, Gajbhiye was also questioned by the CBI in connection with the chit fund scam a few months ago.