Her efforts have helped empower hundreds of differently-abled children. Arpita, who hails from Odisha, travels across villages to identify and help children with special needs. 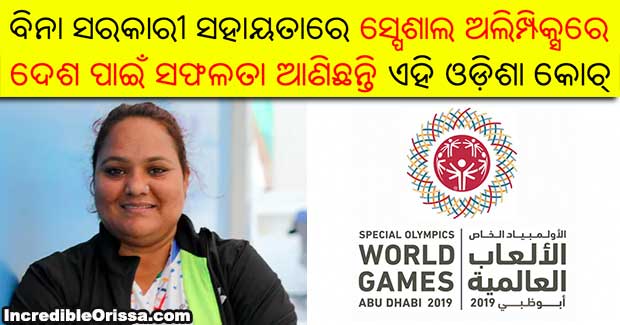 ALSO READ: SpiceJet to start its flight services at Jharsuguda Airport from today

Now, a post on her by the Humans Of New York page during the Special Olympics World Games in Abu Dhabi has earned her thousands of fans. The facebook post introduces us to Arpita’s story before moving onto the incident that started her journey as a swimming coach for the differently-abled.

“There was a small river near our village, and my father taught me to swim while we bathed,” explains Arpita in the post. According to Roots Of Odisha Foundation, Arpita hails from Amaria, a little in the Balasore district of Odisha.

She goes on to say that she had to give up swimming as a teenager as she belonged to a conservative village, but took it up again when she moved to a bigger city in her twenties.

She also explains how an autistic boy at the public pool where she worked as an instructor led her on her journey to becoming a Special Olympics Bharat coach.

“I’ve taught over two hundred so far. There is no government support. Nobody comes to see these children. So I go to the villages and seek them out,” says Arpita.