As many as eight beaches of Odisha would be developed at a cost of Rs 35 crore to attract tourists, State Culture and Tourism Minister Ashok Panda said.

The Minister said the Sonapur and Potagarh beach in Ganjam, Chandrabhaga in Puri, Siali in Jagatsinghpur, Chandbali and Dhamara in Bhadrak, Kasaphal, Bahabalipura and Dubalgiri in Balasore district would be developed to attract more tourists.

Mr Panda said the development of the beaches would be undertaken with the support and assistance from World Bank, Central Government and the State government.

As reported in the Hindustan Times, 13 Indian beaches will be conferred with the Blue Flag certification—awarded to beaches that are environment-friendly, clean, and well-equipped with international-standard amenities for tourists. The beaches of Odisha, Maharashtra, and a few other coastal states, will be the first, in India and in Asia, to get the Blue Flag certification.

The Society for Integrated Coastal Management (SICOM), an initiative by the Ministry of Environment, Forest and Climate Change, is spearheading the development of India’s beaches. Arvind Nautiyal, SICOM’s Project head, told the publication that beaches need to be plastic-free and equipped with a waste management system, to be environment and tourist-friendly. 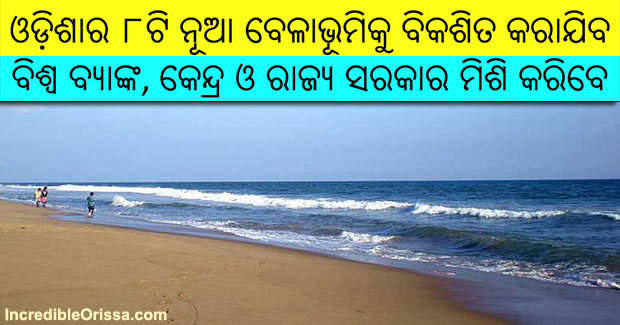