The updated version of BHIM App comes with seven new languages – Odia, Bengali, Tamil, Telugu, Malayalam, Kannada and Gujarati. This is the second update of the app since its launch on December 30.

Bharat Interface for Money (BHIM) app, the Unified Payments Interface (UPI) based payments app launched last month by the National Payments Corporation of India (NPCI), has received a major update. Currently only available on Android, the BHIM app has now been updated to v1.2, bringing new features and fixes.

‘Pay to Aadhaar Number’ has been introduced as a payment option with this update, wherein customers can now transfer money to the Aadhaar number linked with beneficiaries’ bank account.

The app now gets ‘SPAM Report’ for collect requests. This feature will help a user to block unknown persons requesting for money. Improvised Customer Redressal Mechanism with drop down menu is also added with the update.

Bhim app was also supposed to launch on iOS but that hasn’t happened so far. The app hit the top rankings on Google Play Store within just days of its launch. 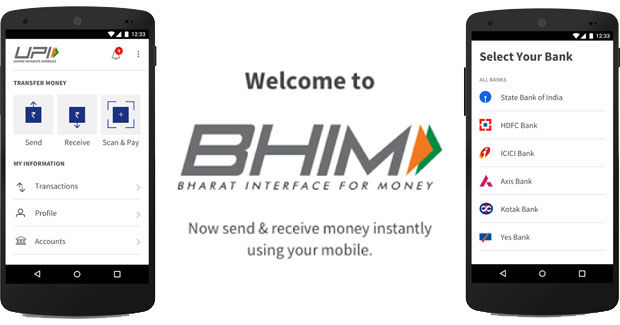