Odisha chief minister Naveen Patnaik promoted Odisha Hockey Men’s World Cup 2018 on the popular quiz show ‘Kaun Banega Crorepati’ on Sony TV. “We are looking forward to welcoming the Indian hockey team in Bhubaneswar and see that they are victorious,” the CM said.

Megastar Amitabh Bachchan will welcome the Indian Hockey team on KBC’s Karmveer episode to be aired on Friday at 9 PM. In a 50-second promotional video released by Sony TV, Patnaik was seen congratulating the Indian hockey team for the upcoming event.

Passing a message in the video, the CM said, “In Odisha hockey is the most popular sport. It is very popular, particularly in our tribal areas. You see, the children by the time they learn to walk, they go on to playing hockey.”

The actor shared a picture with the players on his Twitter handle, writing, “T 2942 – Honouring the Indian Hockey Team on KBC Karmveer episode .. their dedication, their effort for the country is beyond comparison.”

Hockey team captain PR Sreejesh, Arjuna Awardee Manpreet Singh, along with some other players will be seen on KBC soon. Treating his fans, Big B also shared some other pictures from the episode.

The Odisha Hockey Men’s World Cup Bhubaneswar 2018 will be held from November 28 to December 16 at the Kalinga Stadium in Bhubaneswar. The pool-wise matches will be held between November 28 and December 9, with two matches per day starting at 5.00 pm and 7.00 pm (IST) respectively. 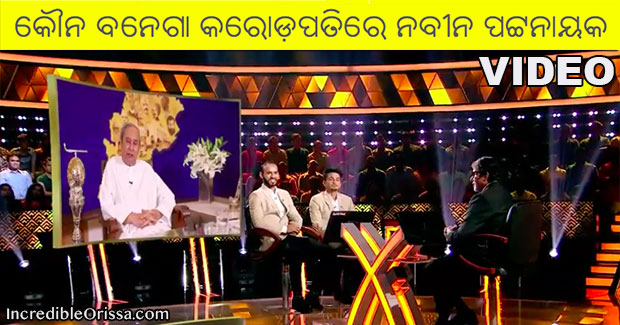