According to Wikipedia, Odia (Oriya) language ranks 37 among 7102 languages of the World. And its rank is 10 among 29 Indian languages.

Odia is the sixth Indian language to be designated a Classical Language in India on the basis of having a long literary history and not having borrowed extensively from other languages.

Odisha was the first state formed on linguistic basis, but we have a chief minister who cannot speak Odia even after so many years in power.

Reiterating its demand for provision of punishment for violation of norms under Orissa Official Language Act 1954, the members of Bhasa Andolan (language movement) on Tuesday threatened to burn down the Bill in full public view, if the State Government fails to act within a week.

“The Odisha State Legislative Assembly has passed Orissa Official Language Amendment Bill on September 28 this year. But it is unfortunate that while there is punishment against any contravener of any Act, no punishment has been prescribed for contravener of Orissa Official Language Act”, said a language activist and President of Bhasa Andolan Subash Chandra Pattanayak.

ALSO READ: Scholarship to students who score 90 per cent in Odia language 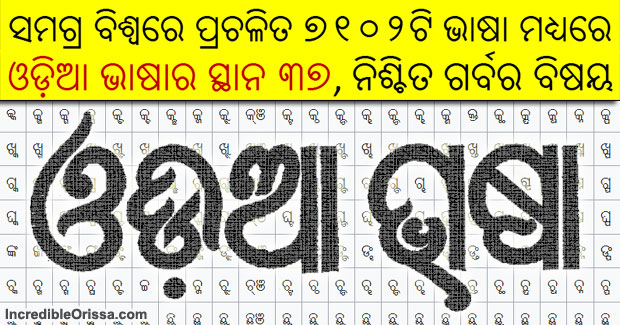 7 Comments
Improve your male potency and fight back the premature ejaculation. With the help of tadalis-reviews.com you will have your healthy sexual life back in no time. Order it with Priligy online and forget about premature ejaculation once and for all.
Copyright © 2020 Incredible Orissa.
error: Content is protected !!