Do you know about the Odisha connection of ‘Mission Shakti’, an anti-satellite missile test conducted by India on Wednesday?

India became only the fourth country and space-faring nation to demonstrate capability to shoot down satellites in space. A small test satellite launched by Isro recently into Low Earth Orbit, about 300 km from earth, was shot down by a missile developed by the Defence Research and Development Organisation (DRDO).

“An advanced missile, based on the Prithvi Defence Vehicle (of the ballistic missile defence program), was used for the mission”, DRDO Chairman Dr Satheesh Reddy told Deccan Herald over phone from Abdul Kalam Island (Wheeler Island), off the coast of Odisha, minutes after Prime Minister Narendra Modi made the announcement on television.

This is the first time that a missile was fired from the APJ Abdul Kalam Island off Bhadrak district whose trajectory was headed to space. With this mission, India joined an elite group comprising the US, Russia and China who have mastered this complex technology.

India has a long-standing and rapidly growing space programme and has multiple satellites orbiting above the sub-continent. It has expanded rapidly in the last five years. The Mangalyaan Mission to Mars was successfully launched. Thereafter, the government sanctioned the Gaganyaan Mission, which will take Indians to outer space.

The test was done to verify that India has the capability to safeguard our space assets. 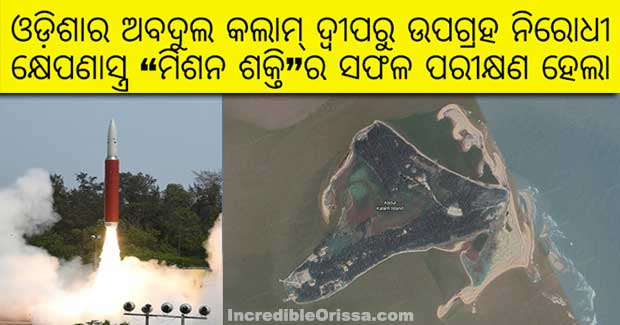