For the first time in Odisha’s Jagatsinghpur district, an orphan girl was adopted by an Italian couple with the help of Child Welfare Committee (CWC). The inmates of Sisu Ashram bid farewell to the 7-year-old girl as Sukumati left for the house of her new parents in Italy.

Sukumati’s adoption was facilitated by CWC, Lutheran Mahila Samiti and District Child Protection Committee (DCPC). According to sources, the girl was rescued by Tirtol police from Jhankad railway station when they found her loitering alone. She was handed over to CWC for rehabilitation and subsequently, shifted to the local Sisu Ashram. She was admitted to Tapoban Primary School at Chatra.

Meanwhile, CWC and DCPC developed linkage with Lutheran Mahila Samiti, which has been identified as a specialised adoption agency that works with the help of Union Ministry of Women and Child Development’s Central Adoption Resource Authority (CARA). The girl’s photograph, name and address were uploaded to CARA’s website.

The Italian couple came across the girl’s profile on CARA’s website. “The formalities for the adoption started last year and process was completed on Saturday. This adoption process will continue for another two years in which CARA will monitor the condition of the girl and observe her adjustment with her new parents. If she wishes to come back, then steps will be taken to fulfil her desire,” programme manager, LMS, Rabindra Kumar Mahalik said. Mahalik said LMS was recognised as an adopting agency in 2015.

Citizens of the US and Italy had adopted four children through LMS since 2015. “CARA has given No Objection Certificate to the Italy-based couple to adopt the girl. The CWC staff is expecting that the girl will have better access to health, education and care in Rome. The process of obtaining local court’s consent and handing over the orphan girl to the couple has been completed,” chairperson CWC Raghunath Jena said. 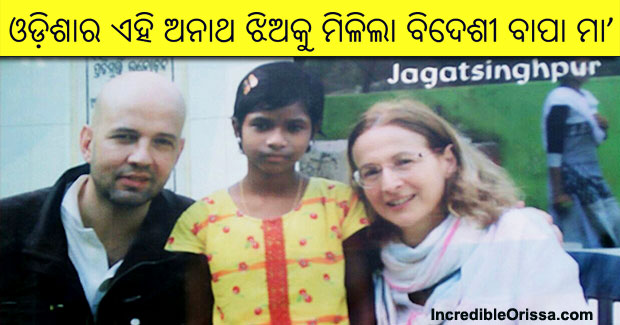