The Odisha government has decided to spend nearly Rs 3,500 crore on the development of temples and their surroundings, much to the delight of the people in the State.

Chief Minister Naveen Patnaik, in his fifth term, has chalked out grandiose plans to transform Puri into a world heritage city, akin to the Kashi Vishwanath corridor project.

He has embarked upon redeveloping the surroundings of Lord Jagannath temple, the cultural nerve centre of the State, and the development of infrastructure in the pilgrim town.

Initially, convincing people to hand over their ancestral land and homes for the project had appeared to be difficult. But Odisha Govt pursued his mission and obstructions have started disappearing fast.

For the development of Puri, the State government has announced an expenditure of Rs 3,208 crore under the Augmentation Basic Amenities and Development of Heritage and Architecture (ABADHA) scheme over three years. While Rs 719 crore has been earmarked for 2019-20, the cost of the projects would be around Rs 1,402 crore and Rs 1,087 crore in 2020-21 and 2021-22, respectively. 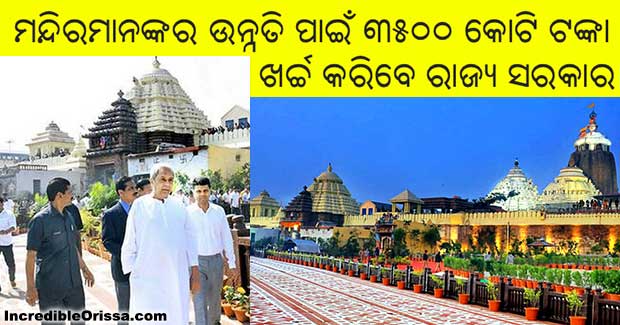