Popular comic actor of Odisha, Tatwa Prakash Satpathy aka Papu Pom Pom is all set to comeback in Ollywood in a new avatar.

The actor, who had started his career in Odia film industry as a comedian after making debut as the music director in Odia albums, will make a comeback with new assignment in music direction.

The movie will feature several new faces as well experienced actors. The mahurat of the film will be held on December 5. Road in Bhubaneswar painted in checker pattern for Hockey World Cup.

This time, Papu will not be featured as the comedian, but a talented music director. Earlier, Papu Pom Pom had earned fame in music direction in many theatre and albums. He remained out of sight in media for over a year due to illness. 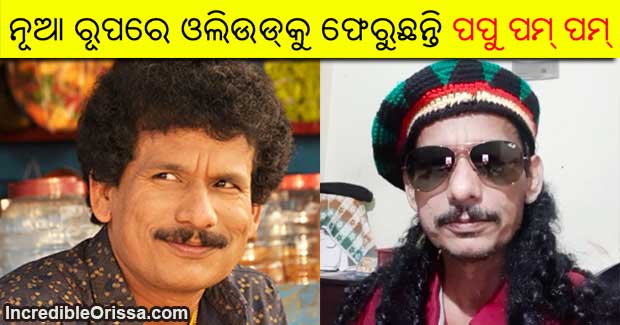