Day three of the inaugural edition of .Fest (Bhubaneshwar City Festival) successfully ended with an eventful turnout of audiences who witnessed a one of a kind performance by Odisha born Bollywood singer and performer Sona Mohapatra.

Opening her concert with ‘Tum Bin Mora Jiya Laage Na’ from the movie Talaash, Sona reminded the audience why she continues to reign in the Indian subcontinent. Her ethereal tone had the audience appreciatively spellbound, the very first note of the song eliciting loud cheers and whistles.

The crowd actively sang and danced along while being thoroughly mesmerised by Sona’s full-blooded voice and electric style. Supercharged as she prefers to be during live performances, Sona’s raw-throated vocals with rock & roll attitude charmed the audience.

She then went on to sing many of her hits such as ‘Afreen Afreen’, ‘Piya Re Piya Re’ and Odia superhits such as, ‘Rangabati’ and ‘Mora Nilamani Tuhi’. ‘Chand Mera Dil’ and ‘Lalpari Mastani’ renditions, backed by a soul-captivating band, Sona delivered a concert that was certainly worth every penny.

The FEST is being held at the Exhibition Ground in Unit-3 of Bhubaneswar. It will conclude December 16. Several Bollywood singers are slated to be part of the mega festival. 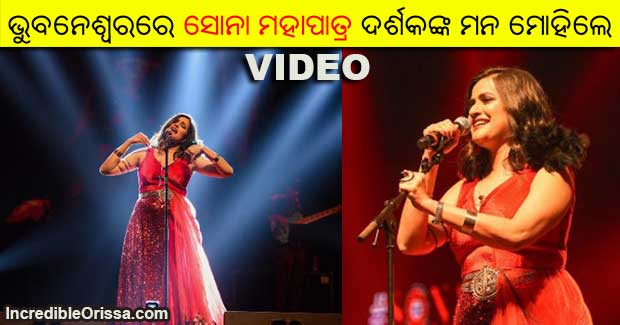