Kaunri Kanya is the first Odia 3D horror movie (released first). AngelBee Medias has made it. Now they are ready with another Odia 3D horror film ‘Rahasya’. They’ve promised never-seen-before graphics and special effects for the Odia audience.

Actress Kavya Kiran will play the lead character, along with newcomers Tushar, Jagannath Ghosh, Anshuman Samal, Sudipta and Bikas Ranjan, to name a few. Director Bighneswar Panda also plays the role of the antagonist in this film. Dialogues have been writted by B Chandan Kumar.

Lyricist Nihar has penned the lyrics for the five songs of this film. Santanu Kumar Sia and Narayan Sahu have produced it and have taken charge of the background score, as well.

The story revolves around a group of students from the film institute who want to make a movie based on their dream sequences. They reach a sinister bunglow that mysteriously appears in their dreams. However, they are caught in a series of thrilling occurances.

Somio Ranjan Saha is at the helm of story-writing and screenplay. The film is currently in its post-production stage and has been shot in Gopalpur, Berhampur, Cuttack, Bhubaneswar, Narasinghpur and some parts of Chhatisgarh. It is slated to release at the end of this month. 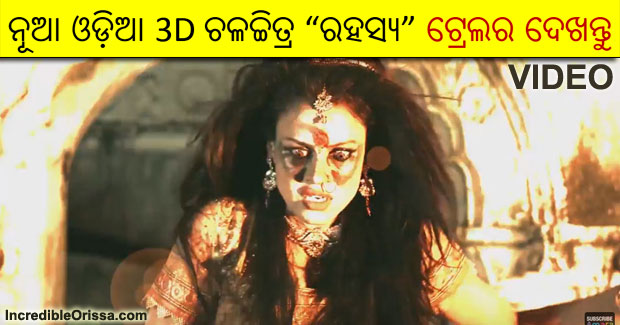