In its bid to harness the green energy potential, Odisha plans to set up solar panels on rooftops of government buildings in 15 key towns.

“Odisha is betting big on non-conventional sources of energy. The state government has approved a proposal for taking up rooftop installations on the government buildings in 15 key towns,” said an official.

The Green Energy Development Company Ltd (Gedcol), the nodal agency for implementation of renewable energy projects, will implement 10 megawatts (Mw) rooftop projects at a cost of around Rs 80 crore by 2017-18, added the official.

Recently, the Odisha government has signed implementation agreement with Azure Power Mercury Pvt Ltd for developing the country’s first grid-connected Mw scale rooftop project on the net metering basis. It will be a four Mw project to be set up on about 190 government buildings in the twin cities of Cuttack and Bhubaneswar. The green energy project will attract around Rs 35 crore private investment and will be implemented by availing central financial assistance through Ministry of New and Renewable Energy (MNRE).

Odisha receives an average solar radiation of 5.5kWh/sqm area with an average capacity utilisation factor ranging from 15 to 17 per cent across the districts, and around 300 clear sunny days every year. 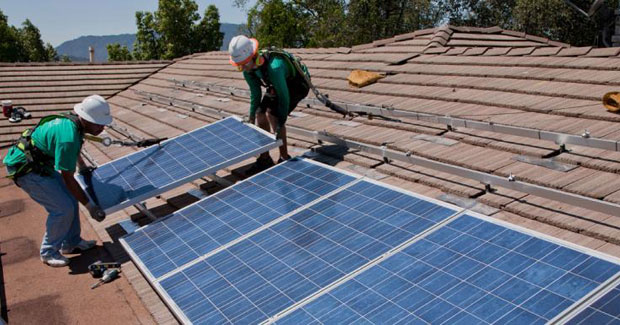