To boost scientific temperament among students, the Odisha government has decided to set up science Park in all district headquarters of the State, informed Science and Technology Minister Ashok Chandra Panda.

He said 10 science parks will be made operational in the first phase while locations of four have been finalised at Baripada, Rayagada, Gopalpur and Keonjhar.

By setting up the science centres at the district level and upgrading the existing ones, the state is aiming to popularise science and technology for the benefit of students and common man through seminars, exhibitions, popular lectures, camps and various other programmes.

The proposed science centres will organise out-of-school education activities to foster scientific temper and creativity among students. The State Government will provide initial funding for the required infrastructure of the DSC/science park while the district development authorities or the civic bodies concerned will be the assigned responsibility for their maintenance.

The district Collectors have been advised to form a society to be called Zilla Bigyan Prasar Samiti (ZBPS) under their chairmanship. The ZBPS will be in charge of the operation and management of these centres.

The State Government will bear the recurring expenditure of these centres for the first five years after which it will be borne by the local body or ZBPS.

A tripartite agreement will be signed between the State Council on Science and Technology, Science and Technology department and the local body/ZBPS for upkeep and maintenance including payment of staff salary of the DSCs. Currently, two science centres are functional in Bhubaneswar and Dhenkanal. 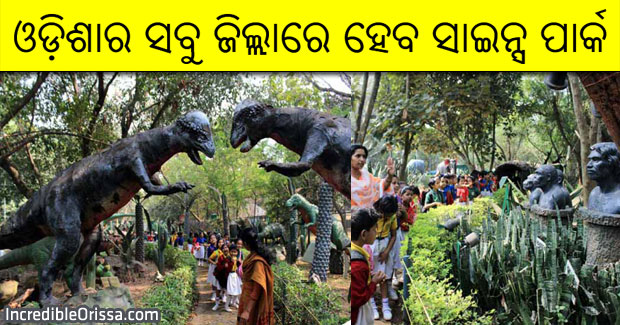