In a bid to provide quality civic services to smart city residents, the Bhubaneswar Municipal Corporation (BMC) has decided to execute a “toilets on wheels” project in the near future.

Similar models have already been set in motion in far-away San Francisco and not-so-far Pune. BMC has decided to convert discarded buses to cater to the sanitation needs of the public. The corporation will avail funds from the Odisha Urban Infrastructure Development Fund to execute the toilet-on-wheels project.

“We have discussed the design and decided to have an individual entrance for each toilet unit from the exterior of the buses. There will be an overhead water tank and a waste collection unit at the bottom. The buses will have solar panels for power generation,” said a housing and urban development department official.

For waste disposal, a septic tank will be placed underground at a few identified places. The waste will be discharged into these tanks from where septage vehicles will drain out the waste and dispose of it at a designated sewerage treatment plant.

“The toilet units will be placed in different slums in the morning hours and public places such as the marketplaces, railway station and other areas in the evening. We will refurbish two to three buses at first and introduce them on a pilot basis,” said another housing and urban development department official. 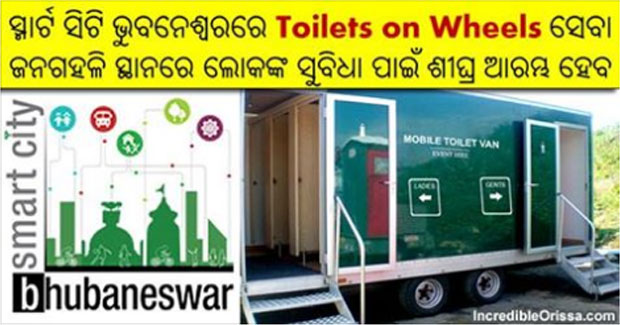