A documentary has been made on the life and work of Pathani Samanta (Samanta Chandra Sekhar Harichandan Mohapatra), the author of Siddhanta Darpan by Odia film-maker Deba Ranjan.

The 60-minute film, Shesha Siddhantee, covers the mathematical works of Samanta Chandra Sekhar Harichandan Mohapatra, including the history of astronomy in India. The film also captures how Samanta composed Dhumpa verses, the popular folk song of Khandapara, where he was born, now in Nayagarh district of Odisha.

“He was well known in India and abroad for his accurate astronomical calculations, new theories about the planets and their movements. My elder sister did a lot of research on him and told me interesting stories about his life. All that thrilled me and I decided to present his contributions to the world through my art,” said Deba Ranjan. It took the film-maker around two years to make the film.

The film also has a section where the use of the instruments prepared by Samanta Chandra Sekhar Harichandan Mohapatra such as the Manayantra (measuring instrument), Golyantra (spherical instrument) and Surya-ghadi (sundial) has been demonstrated by a group of students of the mathematics department of Ravenshaw University.

CHECK: Visitors’ entry banned at Bhubaneswar airport for a week 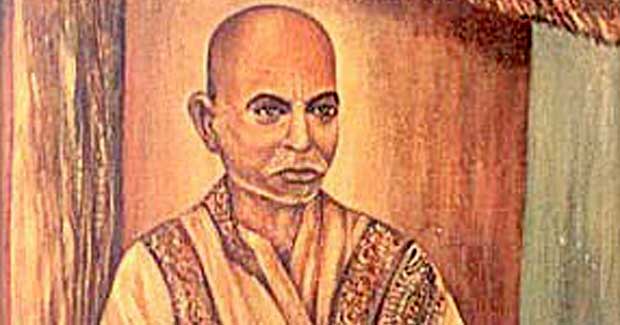 The film was screened at the Institute of Physics on January 2 on the occasion of the 181st birth anniversary of the scientist Pathani Samanta at an event organised by Odisha Bigyanee Samaj.