Ace Indian sprinter Dutee Chand says that she has been approached by many filmmakers, including actors and actresses, who are interested in making a biopic on her life and times.

In a recent interview to Bombay Times, Dutee revealed that actor Anil Kapoor and filmmaker Rakeysh Omprakash Mehra have reached out to her for the rights.

When asked about who would she prefer to portray her character on screen, Dutee said, “I think Priyanka Chopra did a very good job in Mary Kom. While I don’t know who will eventually be selected, I think Kangana Ranaut can portray me perfectly on screen, I like her as an actress.”

Well, the exchange of compliments did not end there as Kangana replied saying, “That’s very kind of Duteeji. I am humbled that she feels I am worthy of playing her.”

We are guessing it won’t be too long before we get to hear the official announcement.

On the work front, Dutee Chand will soon visit Italy. The ace athlete will represent Bhubaneswar’s KIIT University at the World University Games. The event will take place from July 3-14.

ALSO READ: Jagannath temple that can tell when it’s going to rain in Kanpur 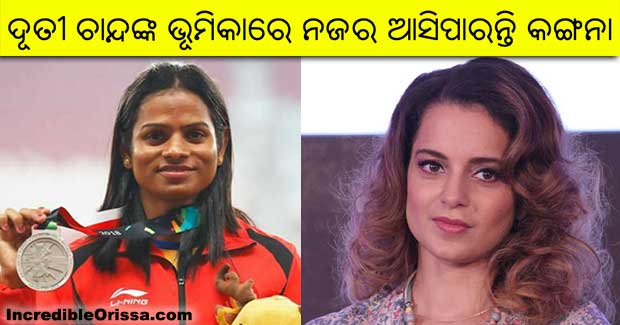