Exactly 153 years back on 4th August 1866 the first Odia newspaper ‘Utkal Deepika’ was published under editor Gourishankar Ray and Bichitrananda.

Utkal Deepika was born at a time when Odisha was beleaguered with many problems. With the publication of Utkal Deepika, the journey of journalism began in Odisha.

The Utkal Deepika campaigned to bring all Oriya-speaking areas together under one administration, to develop the Oriya language and literature and to protect Oriya interests.

The first printing of the Oriya language was done in 1836 by Christian missionaries, replacing palm leaf inscription and revolutionizing Oriya literature. After this time books were printed and journals and periodicals became available in Oriya. The first Oriya magazine, Bodha Dayini was published in Balasore in 1861. Its goal was to promote Oriya literature and draw attention to lapses in government policy.

The first Oriya Daily Dainik Asha was published from Berhampur in 1928 by Sashibhusan Rath. It was a turning point in the history of Oriya journalism. It demonstrated the power of the press in uniting people for a cause – in this case, first unification of the outlying Oriya areas under one administration and then freedom movement.

Pandit Gopabandhu Das founded Samaja as a weekly in 1919 to support the cause of freedom struggle of the country. It was made daily in 1930. Samaja played an important role in the freedom movement in Orissa. So did papers like Prajatantra.

Sambad, a daily launched by Soumya Ranjan Pattnaik spearheaded the change. In fact, many scholars believe that Oriya newspaper industry came of age with Sambad.

At the end of 1964, there were 70 papers published in the Oriya language (four dailies, nine weeklies, 38 monthlies, and 19 other periodicals). By 2010 there were as many as 52 dailies approved by the I & PR Department of Orissa. According to the Registrar of Newspapers of India (RNI) figures 2007-08 there were 1032 publications in Oriya including 107 dailies and 247 weeklies.

Know more about Gourishankar Ray – Editor of this newspaper 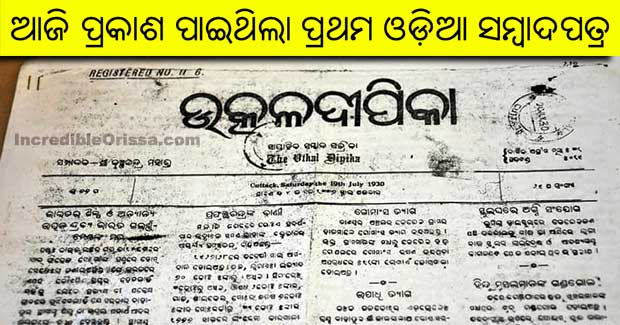