The Odisha government on Monday estimated an expenditure of Rs 89.5 crore for the upcoming Hockey World League and Men’s World Cup, officials said.

It was also decided that the sitting capacity of the Kalinga Stadium would be increased to 15,000 from the present capacity of 5,000.

This was revealed after Odisha chief secretary AP Padhi, during a meeting, reviewed the progress of the preparations for the upcoming FIH Hockey World League Final – 2017 and Men’s World Cup – 2018.

“As per preliminary estimates around Rs.89.5 crore would be invested for both the events.” A P Padhi said. Padhi also directed the sports department to do the detailing of each of the activities and monitor them.

In addition, the changing rooms as well as utility rooms for players will be developed. The entry roads and all internal roads of the stadium will be widened. The Bhubaneswar Development Authority (BDA) and the tourism department will work together, an official said.

International food festivals and international open air cultural programmes will be organized during the twin events, Padhi said adding that a special mascot will be developed for branding of the event in association with Odisha tourism. 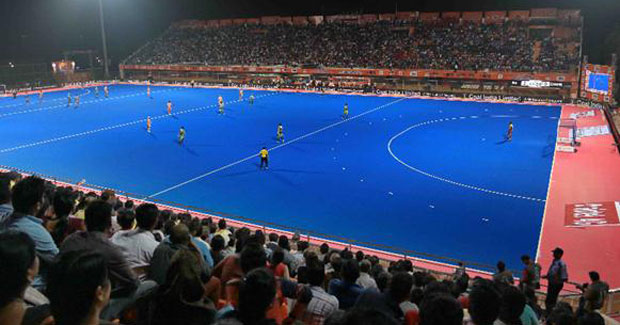