The decision was taken at a high-level meeting chaired by chief minister Naveen Patnaik.

To begin with, five cities – Bhubaneswar, Cuttack, Sambalpur, Berhampur and Rourkela – have been identified to roll out Aahar.

The respective municipal corporations will implement the project in these cities. These five cities will have four canteens each, offering meals between 11 am and 3 pm.

Lunch for 25,000 persons will be made in the first phase. Management of the outlets will be outsourced to non-government organisations (NGOs) having experience in this field.

Government sources said the actual cost of each meal would come to around Rs 15 to Rs 20. Corporate and industrial houses will be approached for funding the scheme from their corporate social responsibility fund.

The subsidized canteens in urban areas come ahead of municipal elections in Rourkela and Sambalpur, likely to be held in April. 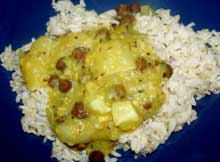 The scheme would be extended to other urban areas in the coming years depending on the success of the scheme in the said cities.

Aahar scheme of Odisha govt is inspired by the Amma Canteen of Tamil Nadu and the recently announced Anna Canteen of Karnataka.