Goutam Dev Mohanty from Odisha has brought laurels to the state by clinching Mr Karnataka title at a bodybuilding competition held in Bengaluru recently.

Goutam, who currently works as an Electronics Engineer at a private firm in Bengaluru, bagged Mr. Bangalore title and later won Mr. Karnataka taking part at a state level bodybuilding event there.

With clinching two titles, he qualified to participate in national bodybuilding competition.

Goutam hails from Lakshman Nath village in Balasore district. He is the youngest son of Gouri Shankar Mohanty and Sucheta Mohanty. He belongs to a family of freedom fighters. His grandfather Atal Bihari Mohanty was a freedom fighter.

Goutam is currently working as an electronics engineer at a private firm in Bengaluru. He studied at a city-based engineering college and moved to Bengaluru after getting his degree. People from Orissa congratulated him on social media and wished him the best for shining at the upcoming national championships.

Goutam wrote in social media, “When you are recognized by your own state for trying to do something extraordinary, that’s the best reward one can expect. Thanks to my parents who have been always there with me and I believe it’s their blessings which has brought me love and respect from all.” 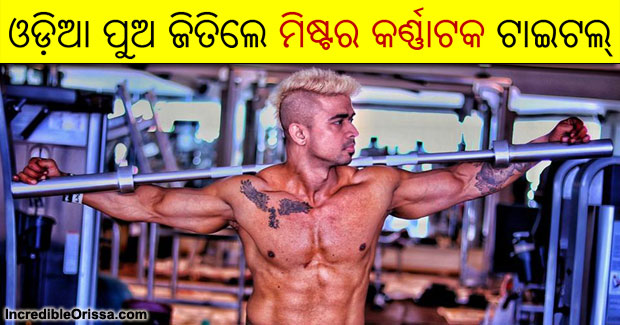