As Odisha is all set to host the Hockey World Cup in Bhubaneswar in November this year, Patnaik said that he was shocked to learn that hockey, which is considered as our national game, has never been officially notified.

“I am sure you will agree with the crores of hockey-loving fans of our country that hockey truly deserves to be notified as our national game. This will be a fitting tribute to the great hockey players who have made our country proud. It will also inspire our future generations,” he said in a letter to Modi.

It should be noted that hockey has been the sport which has handed the most number of medals to the country, including eight gold medals, one silver and two bronze medals in Olympics.

On a related note, the much-anticipated Odisha Hockey Men’s World Cup is slated to be held from November 28 to December 16 at the iconic Kalinga Hockey Stadium.

Bhubaneswar: Order food from any restaurant for home delivery 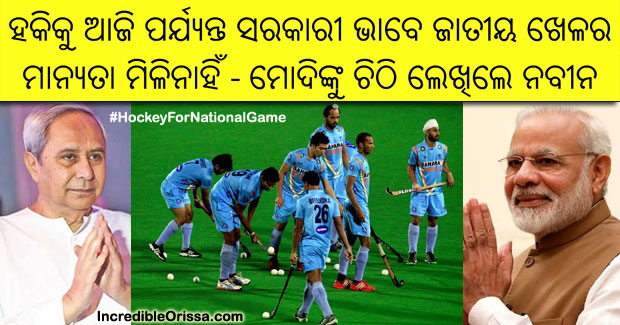