This was informed by the minister of state for communications, Sanjay Dhotre, in response to a question posed by Aska MP Pramila Bisoyi. He said mobile coverage in such villages is being provided by the government and TSPs in a phased manner.

The Ministry of Home Affairs (MHA) declared the list of LWE affected districts in February 2019. Odisha houses 15 such districts as per the records. However, most of these non-connected villages are a part of LWE affected districts. These include Anugul, Balangir, Bargarh, Baudh, Deogarh, Kalahandi, Kandhamal, Koraput, Malkangiri, Nabranagapur, Nayagarh, Nuapada, Rayagada, Sambalpur, and Sundargarh.

The minister said of these 256 mobile towers, about 22 towers were installed in Ganjam district alone. The Bharat Sanchar Nigam Limited (BSNL) has planned to install two base transceiver stations (BTS) under the Surada assembly constituency and three BTS under the Aska parliamentary constituency, he added. 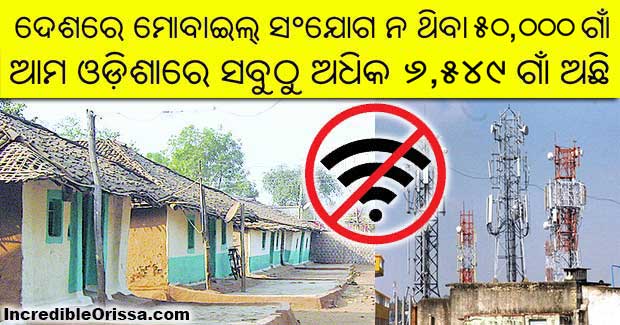 Home > Odia News > 6,549 villages in Odisha yet to get mobile phone connectivity