In a bid to take administration closer to the common people through the 5T initiative, Chief Minister abolished the solvency certificate and announced that income and resident certificates will be issued on self-certification.

Various miscellaneous and caste certificates can now be applied online at edistrict.odisha.gov.in from anywhere anytime. Apart from this, citizens can visit any common service centre (CSC) of their choice and apply to any tehsil for certificates. The people can also download certificates from the portal or mailbox.

Billed as the first of its kind in the country, the move aims at benefiting over 5 million applicants annually, revolutionising peoples life, a senior official said.

Describing these services as the rights of people, the chief minister said no fee will be charged for availing the facilities on the basis of self-certification.

Patnaik also launched “Pauti”, an App to facilitate online payment of land revenue and people need not visit government offices for the purpose. They can download the application and make payment, the official added. 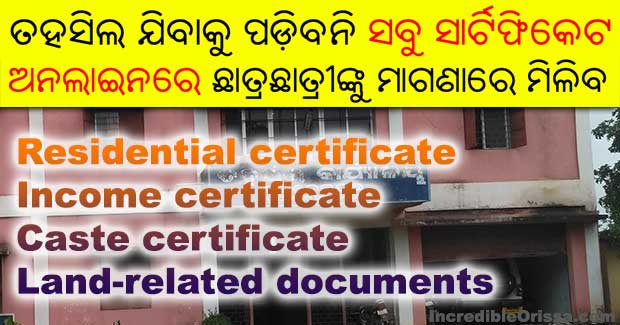